Researchers have found that mushrooms are “one of the most sustainably produced foods in the United States,” according to The Mushroom Council.

But what does that really mean? To be sustainable?

We analyzed the findings of SureHarvest’s “The Mushroom Sustainability Story: Water, Energy and Climate Environmental Metrics” 2017 study and demystified the findings.

Here are three huge ways mushrooms use less water and energy to have a gentle impact on the environment.

1. A pound of mushrooms only requires only 1.8 gallons of water.

In the United States, agriculture is responsible for 80% of all water consumed. Many don’t realize that the water used to produce the food we eat leaves a huge water waste footprint. For instance, one six-ounce steak requires up to a whopping 674 gallons to prepare! Wow.

Fortunately, the water required to grow mushrooms is a fraction compared with other foods.

According to the Mushroom Sustainability Report, the average gallons of water to produce one pound of mushrooms is:

Compare that with some other big contenders for water waste like hamburgers, with one patty requiring up to 660 gallons, or even one single egg at 52 gallons, and suddenly less than two gallons for a whole pound of mushrooms is an astonishing feat.

2. The production of mushrooms only requires 1.0 kilowatt-hour of energy.

In addition to water usage, food typically requires a four-step process from agriculture to transportation and processing to handling.

Energy is used during each of these phases, and for many food products, their energy waste footprint is huge. From the energy it takes to make boxed center-store products to the diesel wasted hauling it to the grocer, many foods use quadrillions of Btus (1kWh = 3412 Btu) of energy per year, according to SaveOneEnergy.

The overall energy footprints for Phase I through harvest are estimated to be:

Plus, the production of a pound of mushrooms generates only 0.7 pound of CO2 equivalent emissions.

3. One million pounds of mushrooms can be produced on just one acre.

Not only do mushrooms use very little water and energy, they also don’t require a lot of land to grow compared with other foods. Think of all the acreage farm-raised cows or pigs use.

“Deforestation is one of the planet’s worst enemies,” Penn State posted, “Since 1990, the world has lost 1,000 football fields worth of forest every hour, almost 30 million acres yearly.”

A remarkable one million pounds of mushrooms can be produced annually on just one acre of land. Additionally, the soil they’re grown in is made of composted agricultural byproducts and recycled materials — and after the mushrooms have been harvested, the soil is then recycled once again for multiple uses like potting soil.

Learn More About the Mighty Mushroom

What we put on our plates has a big impact on not only our health but also the health of our environment.

Mushrooms are packed with nutritious vitamins and minerals. By eating fresh fungi, you can improve your own health while also benefiting the health of the planet. Remember, every little step counts!

In addition to being a sustainable choice, certain mushrooms come with added benefits, like vitamin D.

Learn more about the importance of incorporating vitamin D into your diet by downloading our free ebook, Everything You Need to Know About High Vitamin D Mushrooms.

Learn More About How to Get Our High Vitamin D Mushrooms On Your Shelves: 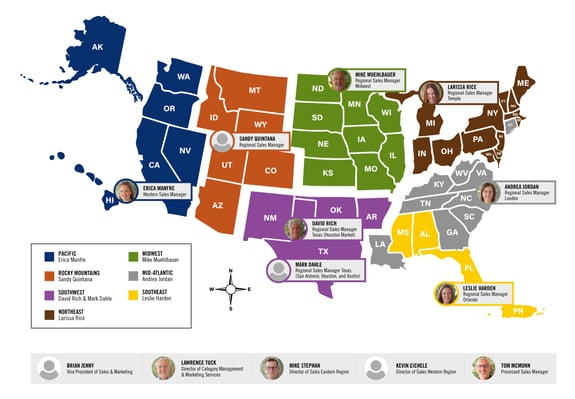